Have you signed up to participate in 40 Days for Life? It began today, Wednesday, September 24. If you are wondering how you can participate, please watch this video.
Posted by Christine at 4:17 PM 2 comments:

Please help 4US raise money for babies and their mothers

Thank you to everyone who has registered to participate in and/or made a donation to 4US. As many of you know, 4US is raising money to purchase ultrasound machines for Care Net in Puyallup, and Life Choices in King County and Yakima. The event takes place this Saturday, September 20.

If you would like to register to participate in 4US, you may do so online until midnight on September 17, or at Point Defiance on the morning of September 20.
Posted by Christine at 12:01 PM No comments:

Yesterday, after Catherine had finished her Science experiment, I asked her to clean up. As usual, she did so right away. A little while later, I heard some noises in the kitchen and assumed that someone had decided to help me with the dishes. However, when I heard giggling coming from the kitchen, I knew that this was not the case and that I needed to check what was happening. As I entered the kitchen, Patrick scampered out. Finnian remained standing on a stool, happily mixing water and food coloring in the clear bowl that his sister had used earlier. Needless to say, Finnian was not happy to see me bring an end to his Science experiment. As for Patrick, he was happy that I never found him in his typical place of refuge, on his sister's top bunk, hiding under her comforter. May God bless and watch over my boys!
Posted by Christine at 5:37 AM No comments:

Email ThisBlogThis!Share to TwitterShare to FacebookShare to Pinterest
Labels: Politics

When you outgrow the space in your home, sometimes the only option left is to grow up. With this in mind, my husband and a friend installed cabinets above a large desk and more cabinets in our kitchen this summer. I am thrilled as I finally have a place upstairs in which to store many of our learning materials. 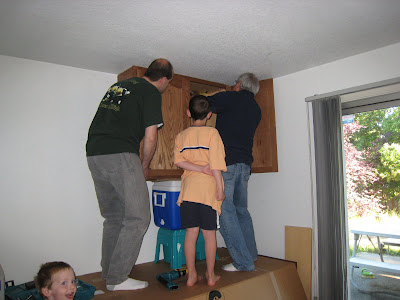 Now, I need to focus on moving two of my children into a "new" bedroom; or maybe, I need to first focus on teaching them how to keep a bedroom clean.

Email ThisBlogThis!Share to TwitterShare to FacebookShare to Pinterest
Labels: Homemaking 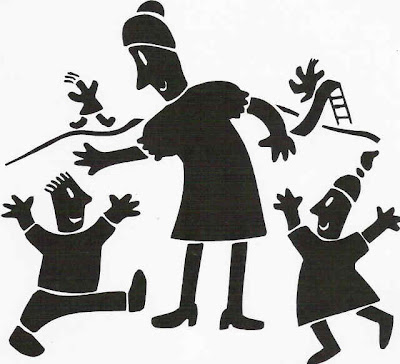 Tami Kiser, Smart Martha, will give a seminar in Tacoma, WA on September 27 from 9:00 to 2:30. Smart Martha Seminars are designed for "busy mothers seeking to live out their vocation as God has called them in today's busy society. Smart Martha Seminars are the result of many years of studying the great home organizers of our time like the Fly Lady, the Side-Tracked Home Executives, the Messies, the Confessed Home Organizer, and many others. It is also the result of living the homemaker vocation seriously for over 20 years with 9 children in tow. The designer and presenter, Tami Kiser, is an author and speaker who resides in South Carolina with her husband, children and many pets."

Tami Kiser has been interviewed on Catholic radio and an article about her seminar appeared in the National Catholic Register.

Space is limited to 50 people, so please register soon if you would like to attend.

Please visit www.saintjosephhomeschool.com/newsletter.php for more information and to download a registration form.
Posted by Christine at 2:55 PM 2 comments: