I Don't Think So

Finnian: "Daddy, I want to wear shorts to Mass."

Daddy: "Finnian, you can't wear shorts to Mass. You have to wear pants."

A few minutes later, Finnian was speaking to one of his sisters.

Finnian: "I want to wear shorts or a swimsuit to Mass."

Catherine: "You need to wear pants."

Finnian: "But I want to wear shorts or a swimsuit."

Catherine: "Finnian, children wear pants to Mass and you are a child."

On Sunday, we had a priest sitting in front of us during Mass. I don't know if he was there to observe the Mass (people who work for our Archdiocese visit parishes on a regular basis) or because he was interested in the Latin Mass. I do know that he may have regretted where he decided to sit.


My two youngest take a morning nap on their way to Mass and they tend to be a little wired when we get there. Despite this, lately, I can usually stay in the pew until the sermon. This was not the case last Sunday. My baby was very noisy. Thus, I spent most of my time in the vestibule. This would have been fine, except for the fact that my two-year-old (a.k.a. my child who doesn't leave my side) wanted to be in the church and was misbehaving in the vestibule. I attempted to return to the pew three times, but each time Elizabeth started to babble again. After receiving Communion, I was finally able to return to the pew and remain there.


I was very thankful to be in the pew, until I heard a thud. I looked down and saw that Elizabeth's shoe was lying at the priest's feet. For a minute, I was mortified. My little girl, who was wearing shoes for the first time, had succeeded in kicking one of her shoes off. My embarrassment quickly changed to gratitude when I saw the priest bend down, pick up the shoe, turn and give it to me with a smile on his face.


Bless us, Father. I hope that we weren't too much of a distraction. We hope that you liked the Mass and that you will return.
Posted by Christine at 3:42 PM No comments:

Email ThisBlogThis!Share to TwitterShare to FacebookShare to Pinterest
Labels: Mass

I would really like to go camping with my family; however, my husband does not share this desire. Despite this, we do see eye to eye on roasting marshmallows. Therefore, this summer some of our barbecued meals have been followed by this: 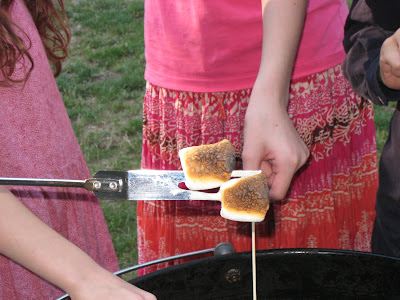 Posted by Christine at 5:57 PM No comments:

Patrick found his razor under the dining room table. Finnian had been playing with it. I will be washing his clothes today. Any other laundry items will have to wait.

Thank you, God, for blessing me with such a patient and understanding husband.
Posted by Christine at 5:46 AM No comments:

Translation: It's a nail that I bit off.

Answer: What any adult would expect.
Posted by Christine at 7:31 AM No comments:

Why We Don't Want Socialized Healthcare

Listen to President Reagan's advice opposing socialized medicine. He shared his thoughts in 1961 and what he had to say still applies today. He also warns against the encroachment of the government on our freedoms. "Freedom was built into our government with safeguards." We need to protect those freedoms and let our Congressmen and Senators know that enough is enough. The citizens of the United States don't want a socialist country.
"Government big enough to supply everything you need is big enough to take everything you have... The course of history shows that as a government grows, liberty decreases." ~ Thomas Jefferson
Thank you to a member of STMHE for the link.
Posted by Christine at 7:05 AM No comments:

Email ThisBlogThis!Share to TwitterShare to FacebookShare to Pinterest
Labels: Politics 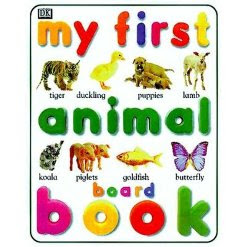 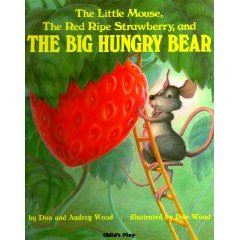 Posted by Christine at 5:01 AM No comments:

I Have Another Niece

My brother and sister-in-law were blessed with their fifth child, Julie Valerie Marie, on Saturday, August 8. She weighed 8 lbs. 6 oz.
Please keep my sister-in-law in your prayers. The delivery was very hard on her. She is still in the hospital.
Posted by Christine at 9:42 AM No comments:

Finnian: "You're not really talking to me."
Posted by Christine at 5:57 PM No comments: