Christmas Morning and A Recipe 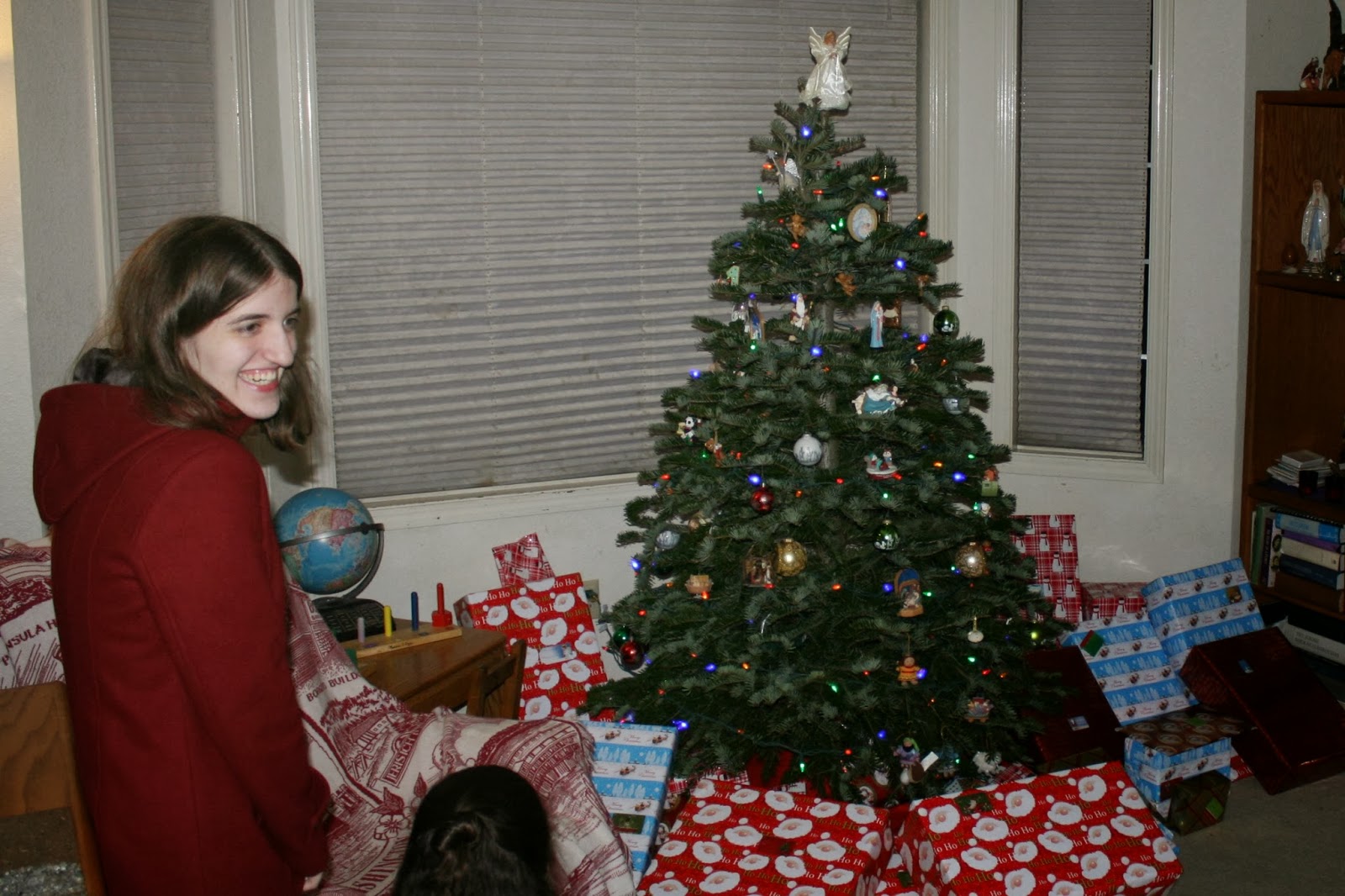 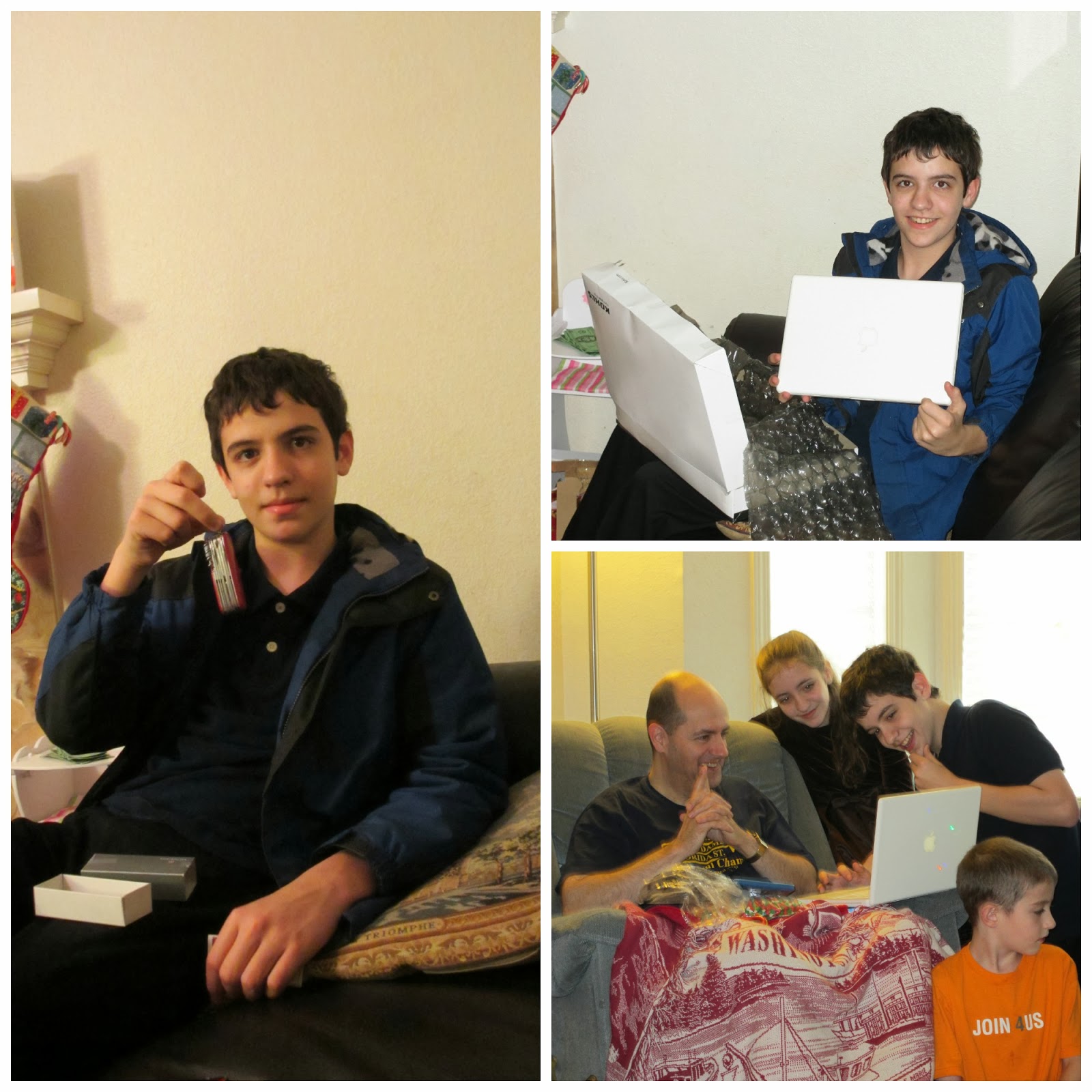 Brendan was thrilled to receive a used Macbook, a woodburning kit, and a new Swiss Army Knife. My brother gave him a smaller knife a few years ago, but we felt he was ready for something larger this year. This leather pouch (purchased after Christmas with a gift card) was also appreciated. He was happy to get Saint Ignatius and the Company of Jesus too. 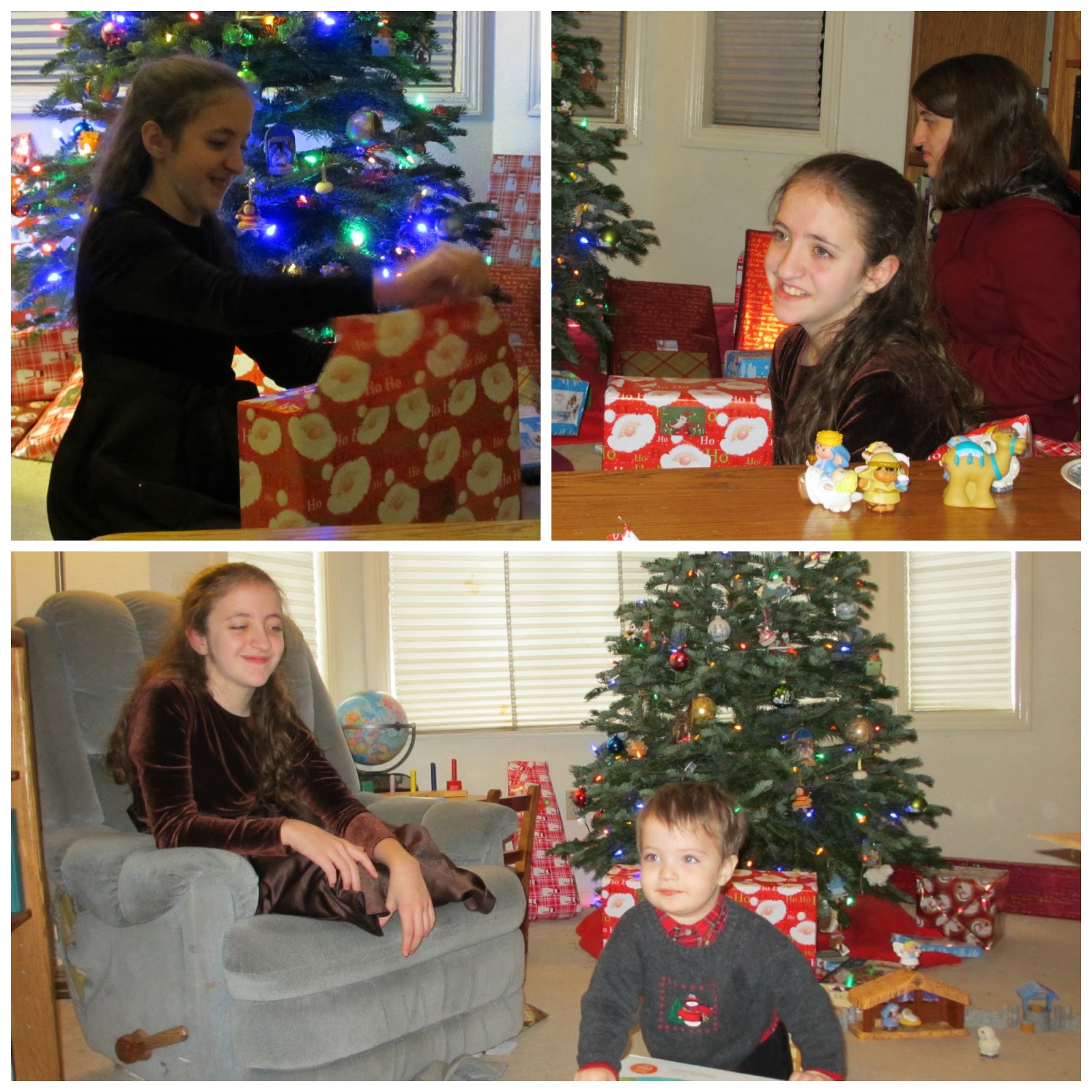 Theresa was a little surprised to receive inline skates at first, but she has been enjoying using them inside and out. I was fairly certain that she would like them. Her favorite gift was her new guinea pig, Marshmallow. 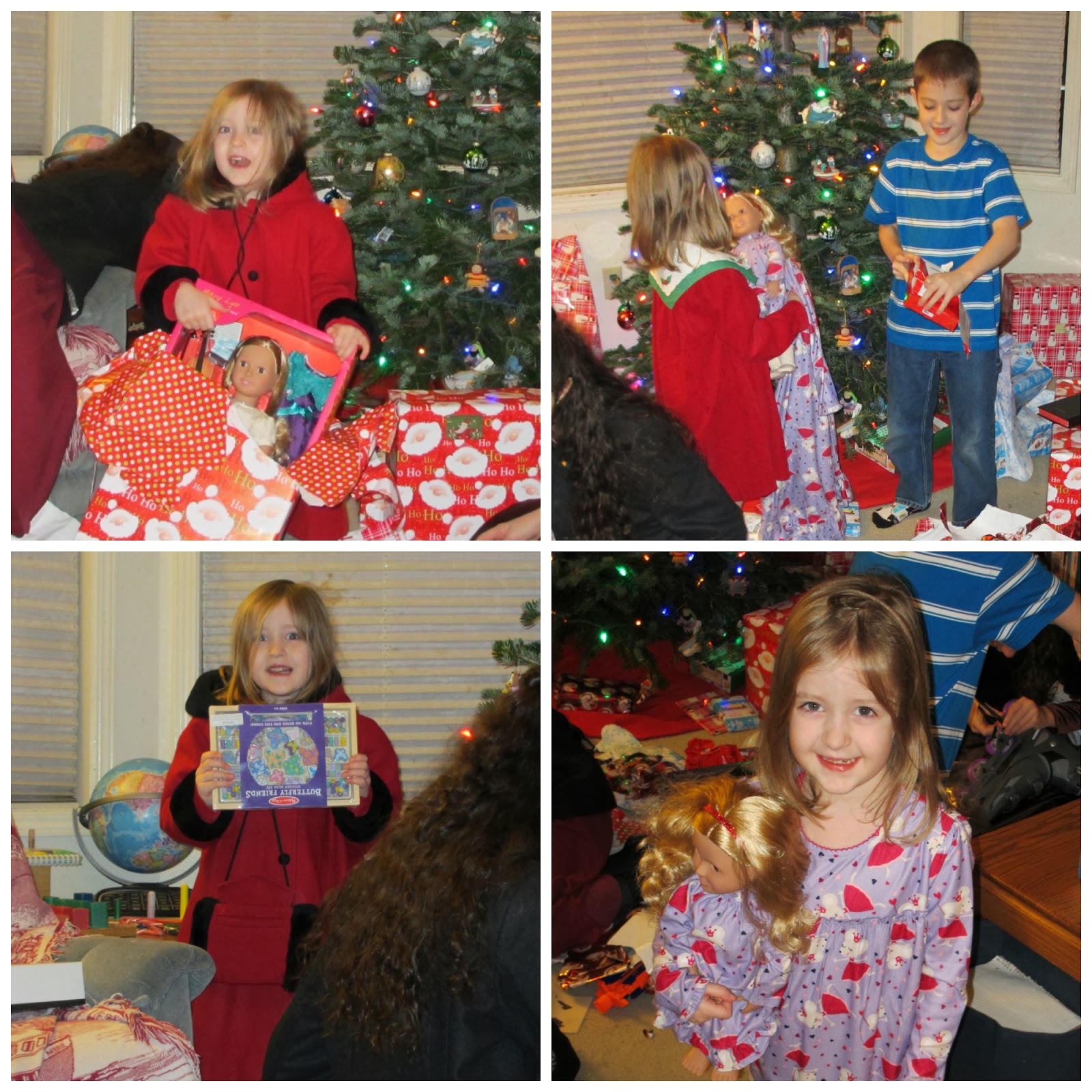 Elizabeth really likes her new doll and has named her Lucy. Each night when Elizabeth gets ready for bed, she gets Lucy ready for bed too. The twin nighties were a huge hit. Now, my little girl wants twin dresses. She was very excited about the beads that Catherine gave her too. 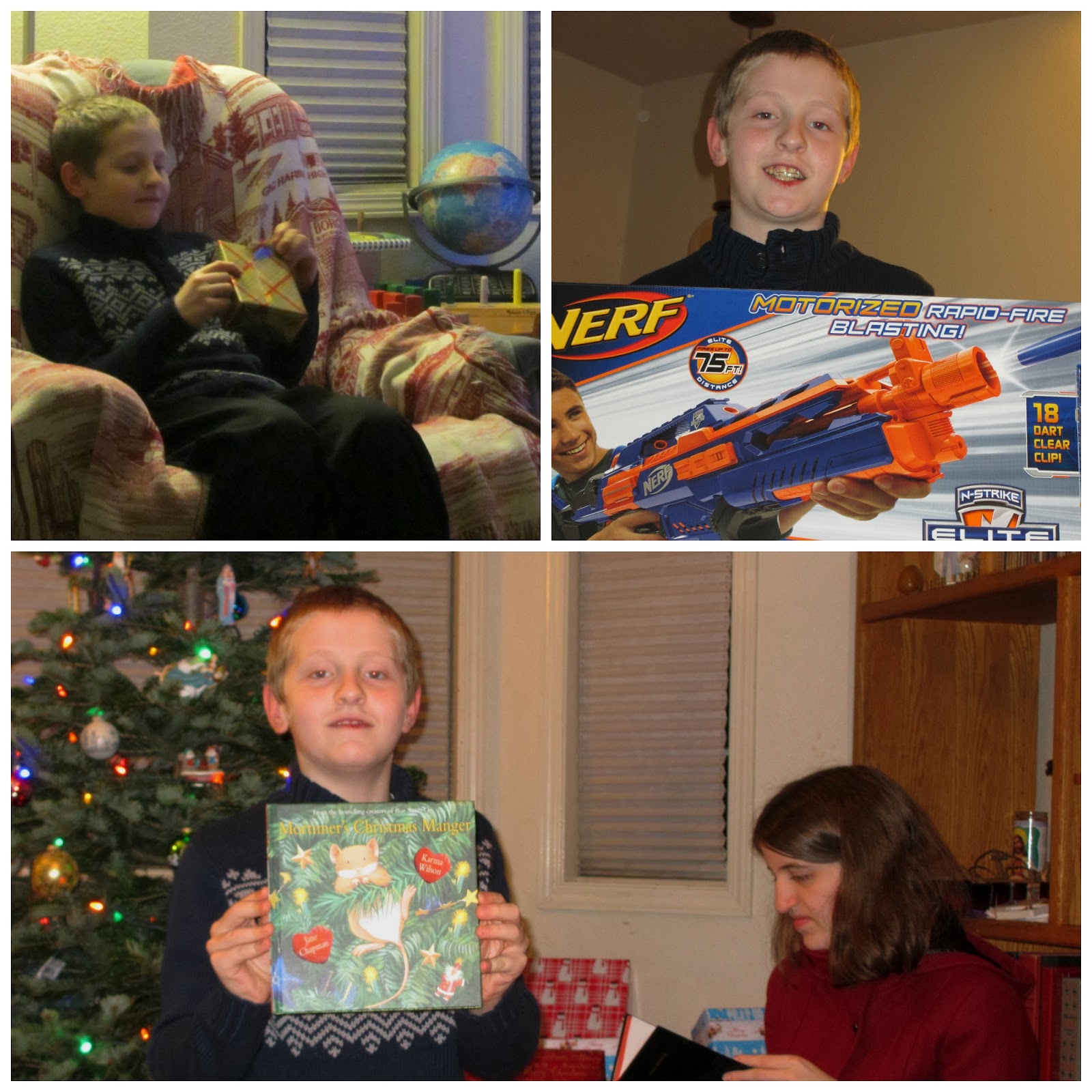 Patrick was happy to receive another Lego set, his Nerf gun, and Mortimer's Christmas Manger. The latter was a personal request of his. I think that he is the first one of my children to ask for a specific Christmas picture book. 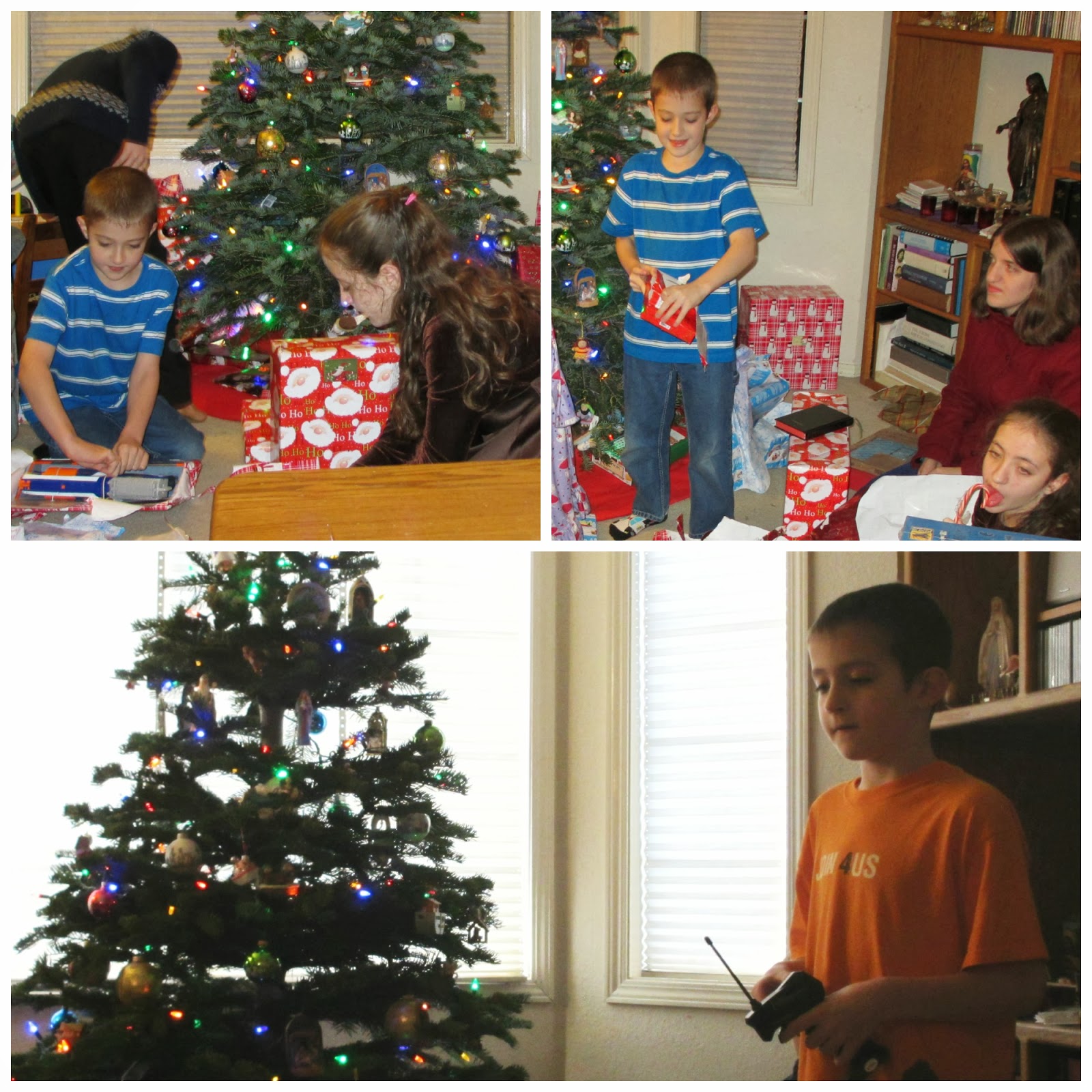 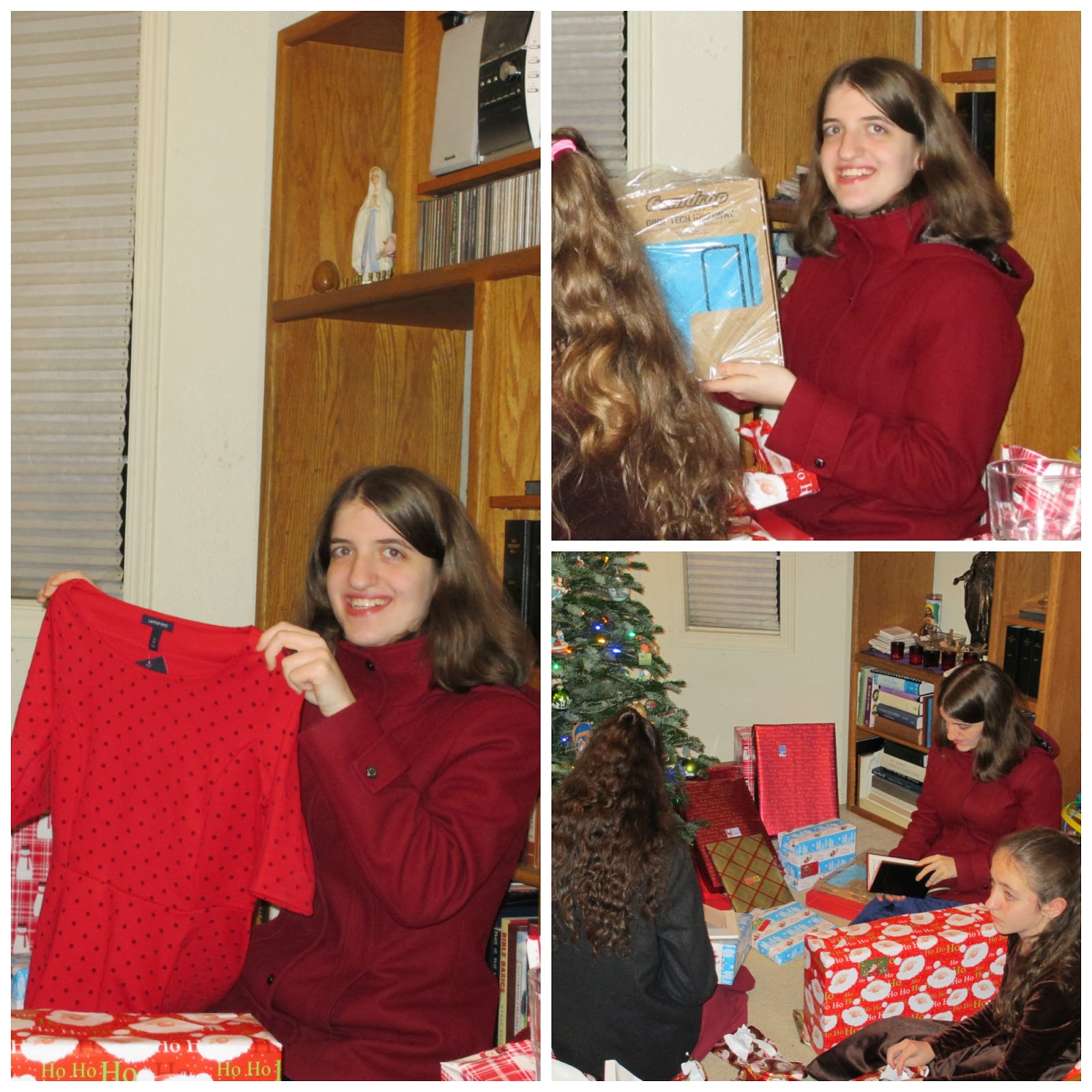 Catherine was thrilled to get her own Liber Brevior. She liked her Gumdrop case and dress too. 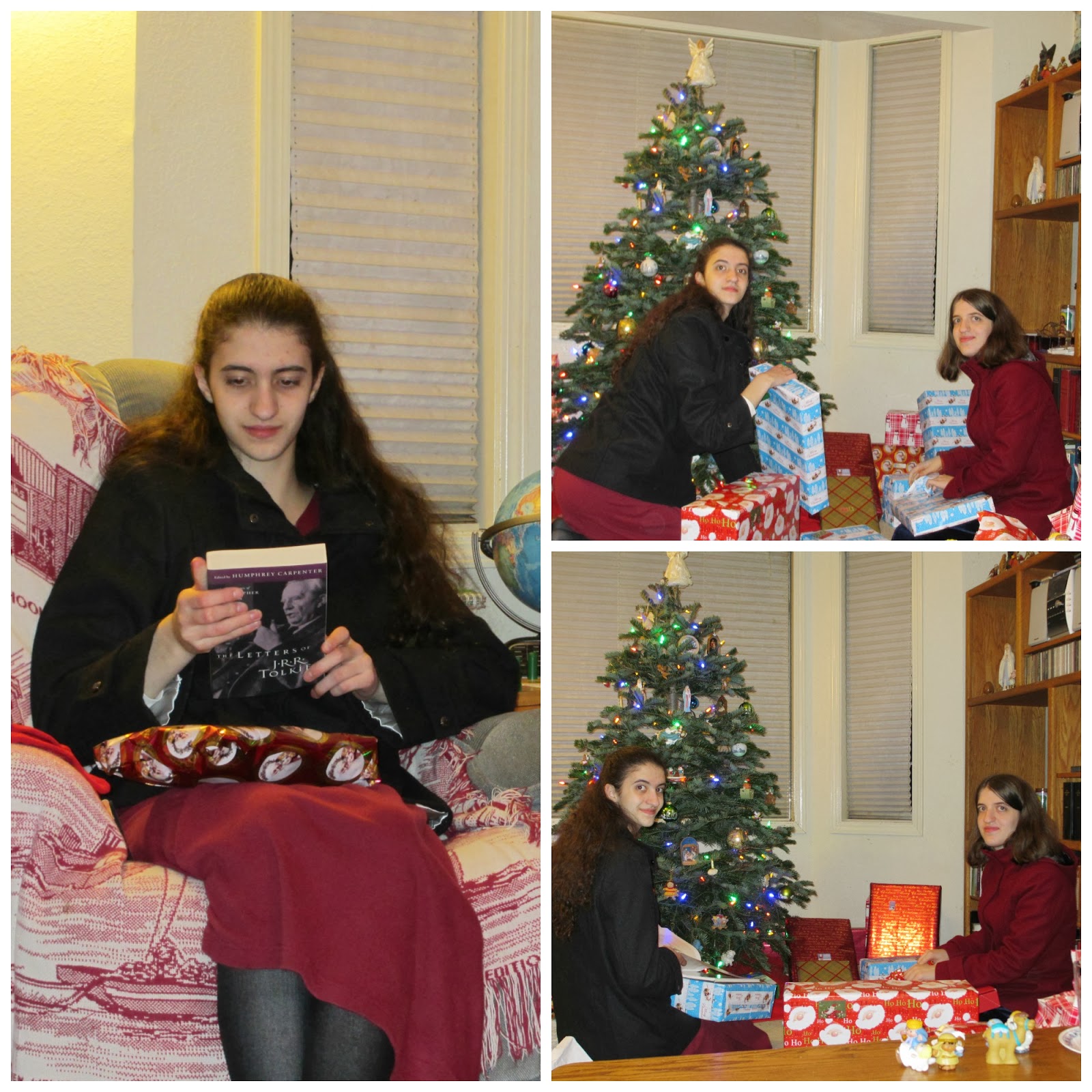 Bernadette started to devour The Letters of J.R.R. Tolkien shortly after opening it and she has been wearing her new black boots regularly. She also appreciated receiving The Art of The Hobbit. 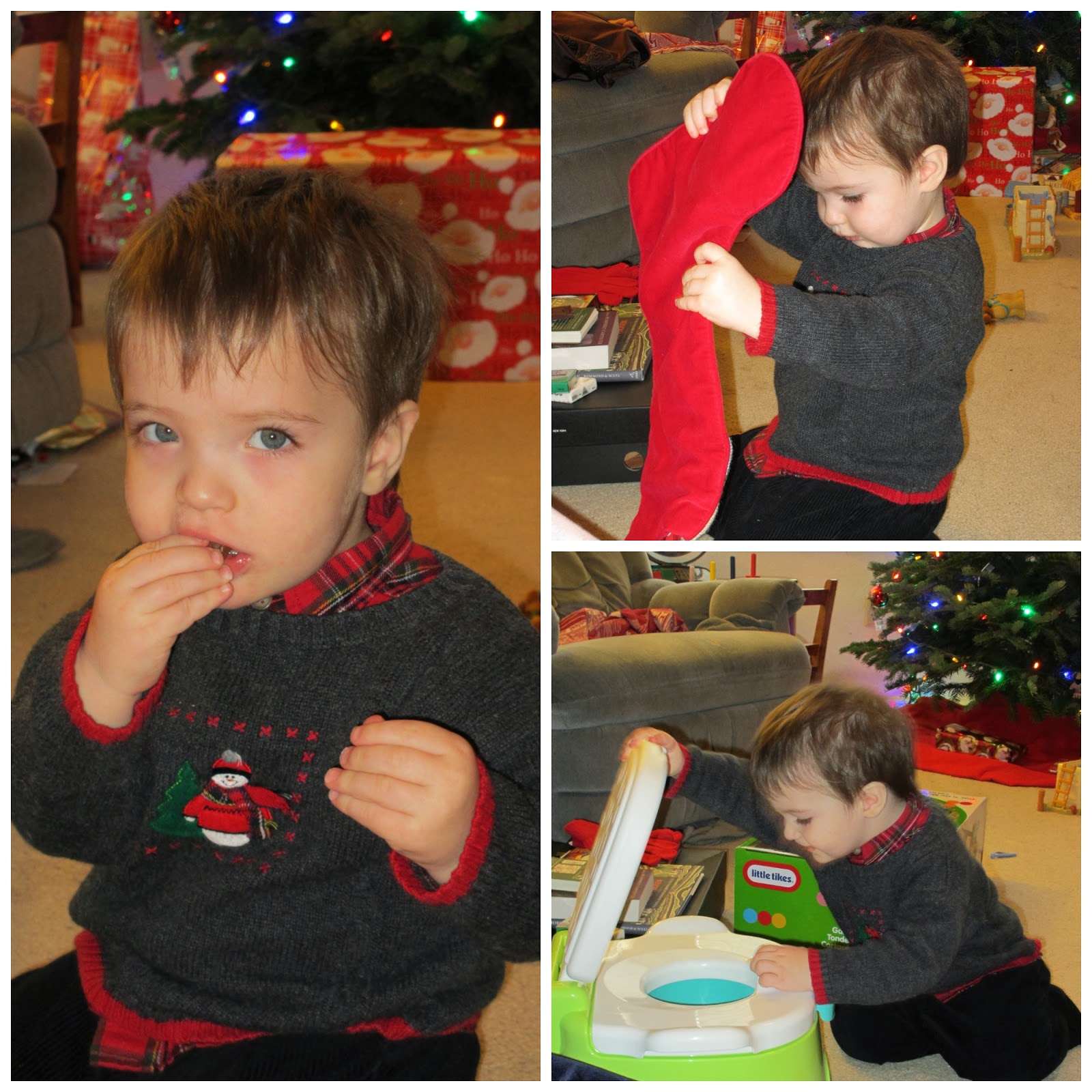 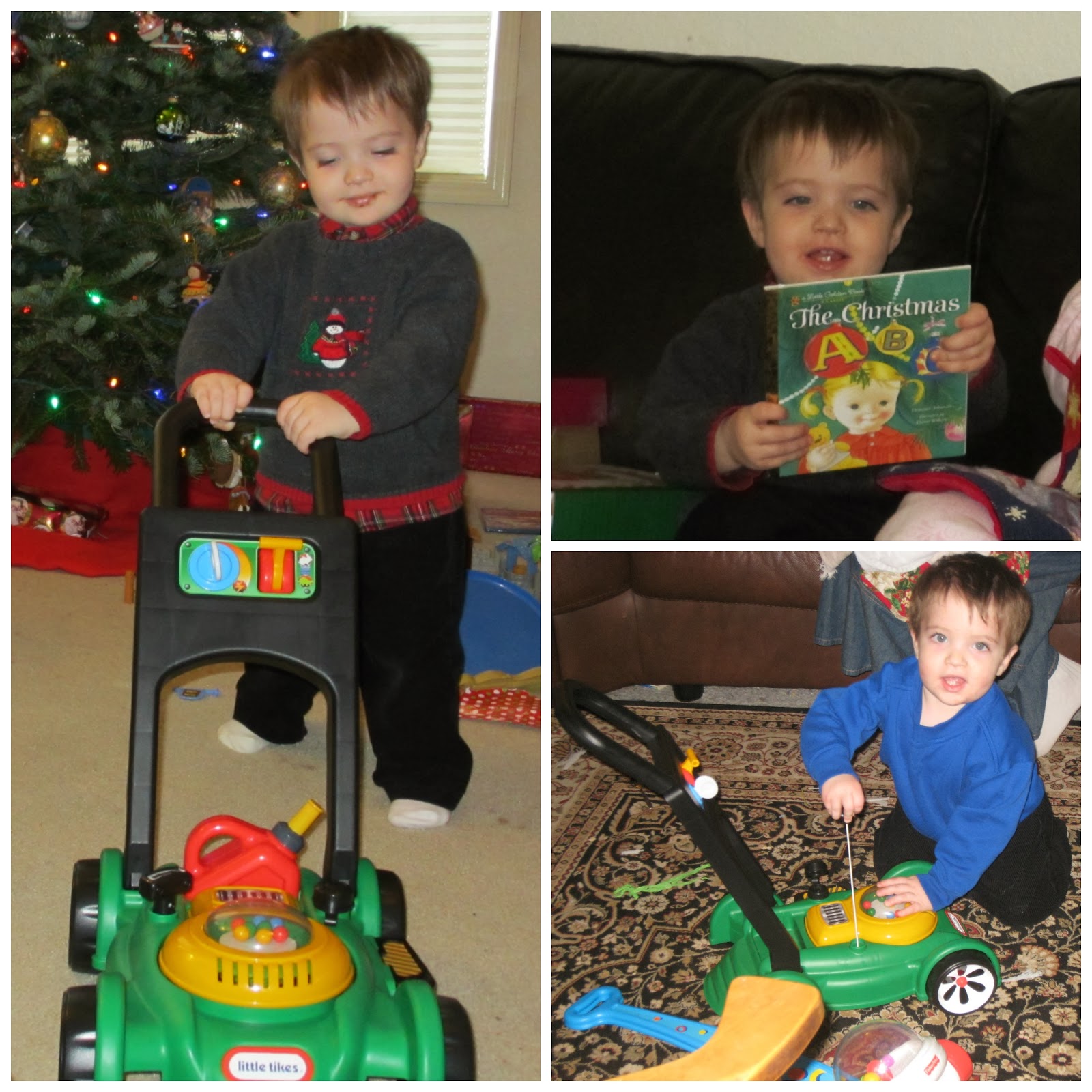 Kieran began by opening his presents in his Christmas stocking. I think that he would have been satisfied with just the chocolate. Theresa had to coax him to open his other presents. He enjoys his lawn mower and corn popper. Unfortunately, he thinks that his new potty is a toy. 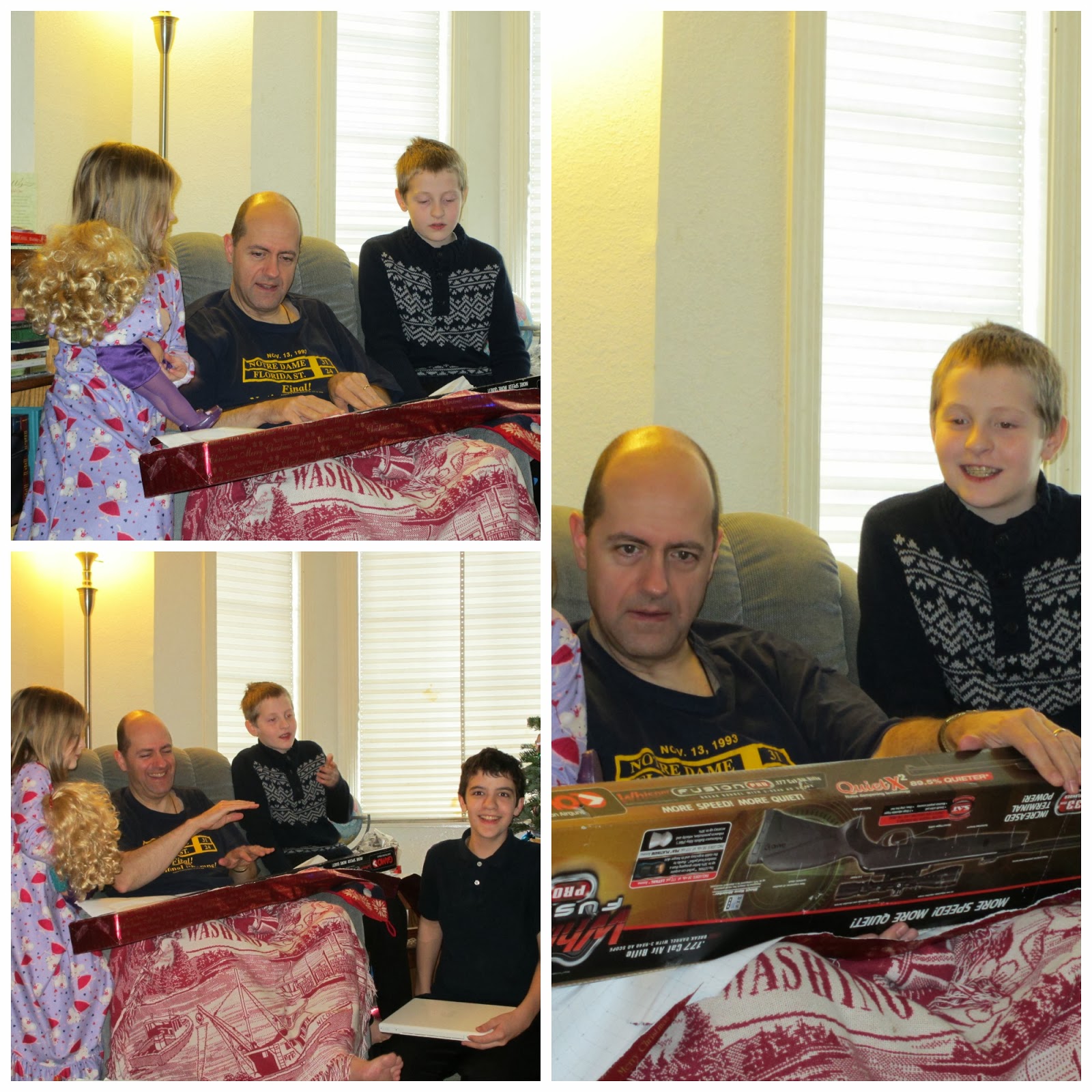 My husband was happy to receive this, A Man for All Seasons, and the two other movies that he found in his stocking. He likes good films. I like great books.

My children and I all like the Chef's Choice electric kettle that I got. It is so much better and faster than using a microwave to heat water. Thanks go to Kimberlee for sharing photos of her birthday and tea corner. I knew what I wanted for Christmas after reading her post. My parents had an electric kettle when I was growing up and I don't know why it took me such a long time to get one. I really appreciated getting and am enjoying reading Saint Bernadette Soubirous and Mother Love too.

Coat a 12-x-9 inch baking dish with nonstick cooking spray.
Brown sausage in a skillet, stirring to crumble.
Toss apples in a bowl with 2 tablespoons sugar and cinnamon.
Place half of the bread cubes in the prepared baking dish. Top with half of the sausage, half of the apple mixture, and half of the cheese. Repeat the layers.
In a medium bowl, whisk together eggs and sour cream. Whisk in 3 tablespoons sugar, vanilla, and salt. Add milk and whisk until combined. Pour over the mixture in the baking dish. Cover with plastic wrap and refrigerate overnight.

Preheat oven to 325 degrees.
Bake, uncovered, for about 70 minutes, or until a knife inserted in the center comes out clean.
Makes 8 to 10 servings. Although there are 10 people in our family, we always have left overs.
Posted by Christine at 2:08 PM