Photos of My Niece and Prayers 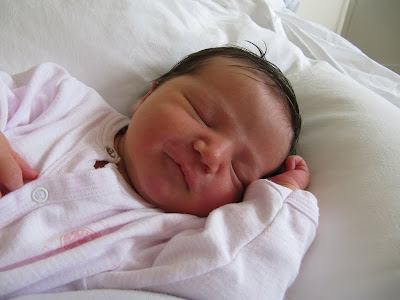 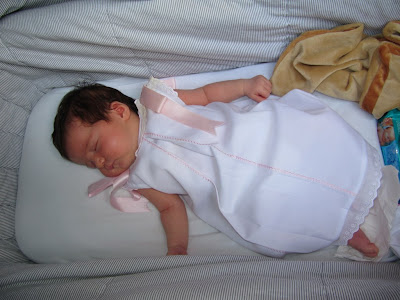 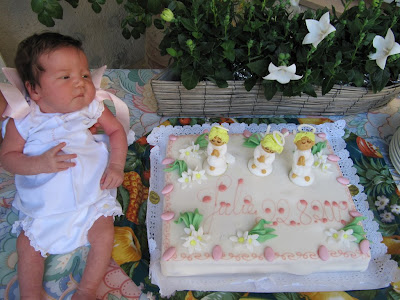 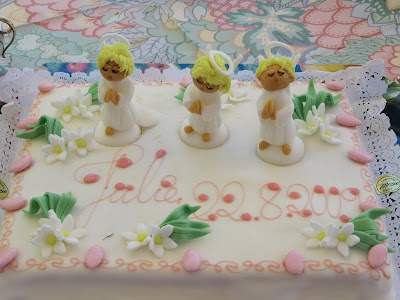 My youngest niece, Julie Valerie Marie, was born on August 8 and baptized on August 22, the Feast of the Immaculate Heart of Mary.  Photos were a little longer than expected in coming because my brother almost died on the Feast of the Assumption.
On August 15, he went to the hospital because he was experiencing no feeling in one of his arms.  The doctors decided to do a spinal tap.  During the spinal tap, they hit a nerve which caused fluid to build up around my brother's brain.  His wife called their priest and he came to give my brother the last rites.  My brother said that as he received the sacrament, he felt a warmth come over him and he prayed that he would be well enough to go to his daughter's baptism on August 22.  He was unable to walk and had severe headaches, but by the time Saturday morning, the Feast of the Immaculate Heart of Mary, rolled around he could walk.  He still can't feel his one arm, and he has lost sensation in one side of his face, but I am so thankful that he is still alive.  I can't help thinking that our Blessed Mother interceded for him.  He and his wife were married on the Feast of Our Lady of the Holy Rosary several years ago, he went to the hospital on the Feast of the Assumption, and he left the hospital on the Feast of the Immaculate Heart of Mary.  Thank you, God, for answering his family's prayers.
Please pray that the doctors can figure out what is wrong with him and that he is able to feel his arm and one side of his face again.
Posted by Christine at 7:57 AM

I am a Catholic mother, striving to do all that I do for the love of God. My husband and I have been blessed with ten wonderful children.