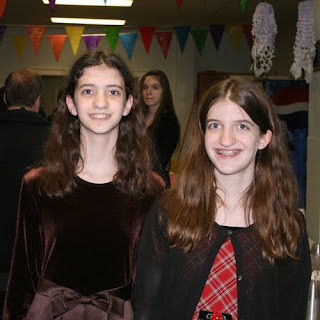 For the past couple of years, my two eldest have wanted to be confirmed.  After hearing our pastor say that our parish's first Confirmation would take place on December 17, Bernadette told my father-in-law that she would be confirmed in December.  I told her that she would need to wait a couple more years.  She was upset and shared, among other things, that she needed to be confirmed, so that she could be a soldier of Christ and defend the Faith.  I signed her and her sister up for our parish's Confirmation class. 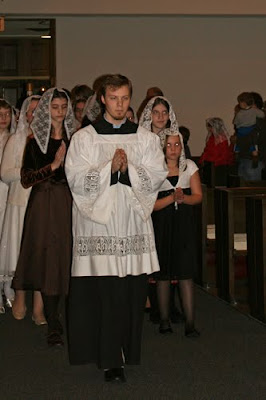 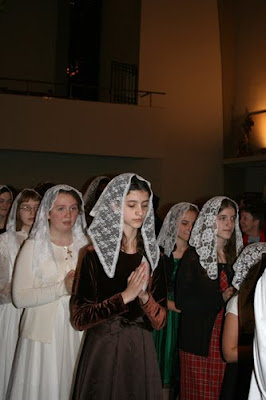 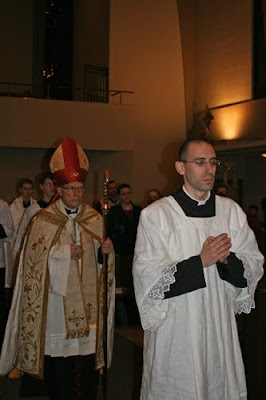 Each Friday, since September, Catherine and Bernadette have been going to a Confirmation class taught by our pastor and completing Baltimore Catechism lessons at home.  On December 11, our pastor gave them an oral exam.  On Wednesday, December 16, they spent the evening at our parish, eating dinner, attending their first evening of recollection, assisting at Mass and Benediction, and participating in the rehearsal.  They arrived home very excited about their Confirmation. 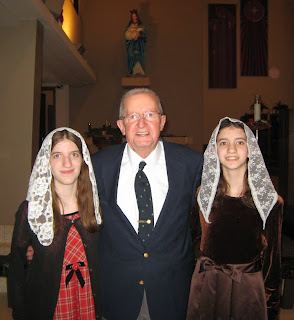 Grandpa and his Granddaughters

Last night, my father-in-law drove 3 hours to meet us at our house and go to his granddaughters' Confirmation.  Bernadette's godparents were both present (her godmother made an incredible effort to come), and so were Finnian's and Elizabeth's godparents.  It was the first Tridentine Rite Confirmation in the Archdiocese of Seattle in over 40 years. 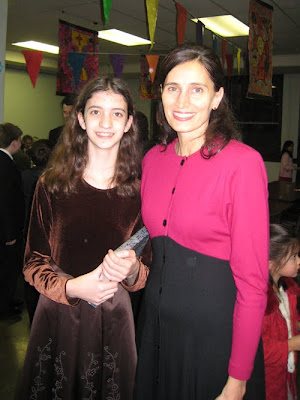 Bernadette with her Sponsor and Godmother, Maria 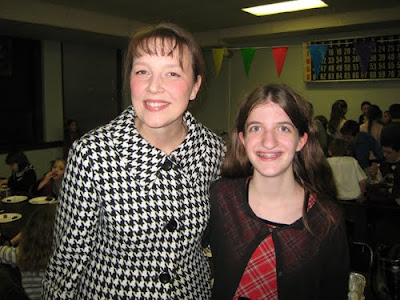 Catherine with her Sponsor, Elena 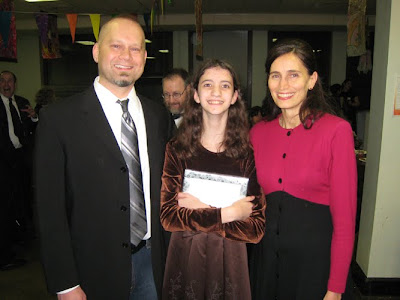 Bernadette with her Godparents 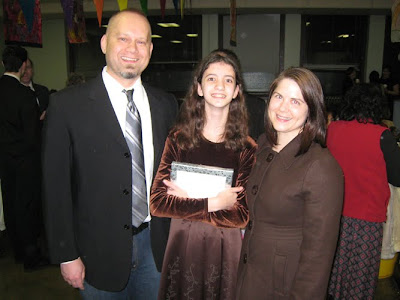 Bernadette with her Godfather and his Wife

(The first time that I met Sarah, I told my husband,

"Sarah and Jeff would make a great couple."

The rest is history.)

As my father-in-law wrote to Catherine and Bernadette in their cards, she and her sister are soldiers of Christ. 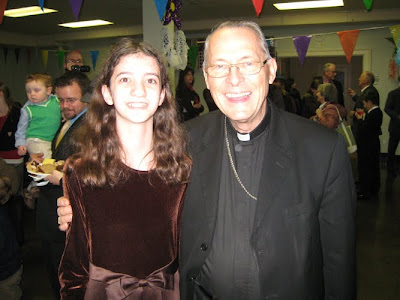 Bernadette with His Excellency the Most Reverend Alexander Brunett 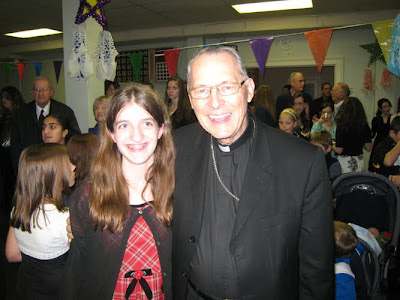 Catherine with His Excellency the Most Reverend Alexander Brunett

As you know, I cannot stop smiling.

Additional photos can be seen here.  Yes, that is my little boy eating from the pie pan in the last photo.

Posted by Christine at 9:15 AM