"And it came to pass that in those days there went out a decree from Caesar Augustus that the whole world should be enrolled. This enrolling was first made by Cyrinus, the governor of Syria. And all went to be enrolled, every one into his o...wn city. And Joseph also went up from Galilee, out of the city of Nazareth, into Judea, to the city of David, which is called Bethlehem: because he was of the house and family of David. To be enrolled with Mary his espoused wife, who was with child."
~ Luke 2:1-5 ~ 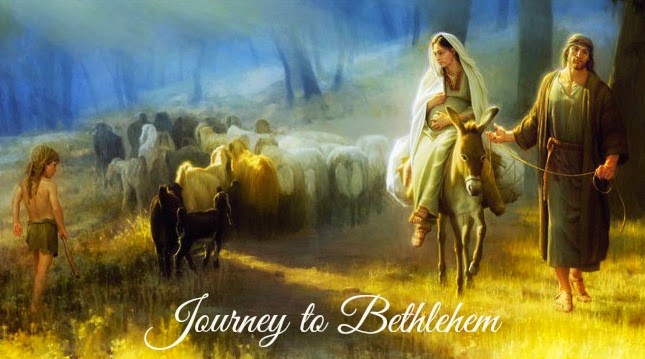 I read somewhere recently that it took four days for Joseph and Mary to travel form Nazareth to Bethlehem. There are four days until Christmas. I hope that everyone has a faith-filled fourth week of Advent.
Posted by Christine at 5:46 PM

Email ThisBlogThis!Share to TwitterShare to FacebookShare to Pinterest
Labels: Advent